Posted on April 1, 2018 by MayFuneral under Blog Posts
Leave a comment 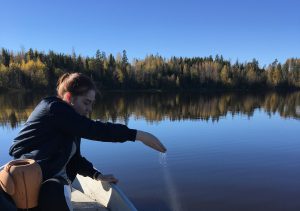 Sooner or later the discussion of what our burial wishes are after we pass comes up. It might happen with family or friends, but the conversation is always inevitable. It is a good thing that the options that people have for burial are ever increasing. As technology changes so has cremation and the options for cremation. Flameless cremation seems to be gaining momentum in the funeral home industry as its popularity increases. So, what it flameless cremation and why is it gaining so much popularity?

To understand what flameless cremation is, it is important to first understand how traditional cremation works. The traditional cremation process converts the body into a dark, grey gravel like substance. The body is first stored in a temperature-controlled room. Prosthetics, silicone parts, pacemakers as well as anything that might explode or have any type of chemical reaction are usually removed. The body is then put into a flammable box and incinerated. The remains are composed mainly of dried and ground bones.

Flameless cremation works a little differently than traditional cremation. The technical name of flameless cremation is called alkaline hydrolysis. The process leading up to the cremation are similar. The main difference is that instead of the body becoming exposed to direct flames, the body is instead loaded into a different type of stainless steel chamber, loaded with a alkali solution of potassium hydroxide (KOH). The pressurized chamber is then heated to about 350 degrees for about 2-3 hours. The final result is the same gravel like remains, however they are a lighter color. This is because the main difference between traditional cremation and flameless cremation is the carbon footprint left behind.

The environmental impact of flameless cremation

Flameless cremation also known as “Bio-Cremation” was a process that was adapted to funeral home usage by Mayo Clinic. The aim was to find a way to cremate bodies in a fashion that was more gentle on the environment. The process was meant to mimic the results that naturally occur when there is a traditional burial process. Through flameless creation, the same process that would take 25 years, can be repeated in a matter of 2-3 hours. The best part of the process is that there are almost no emissions as a result of the cremation. This is good news for those that are looking to make as little of a carbon footprint as possible. As a matter of fact, when compared with traditional cremation there is about 4 times less of a carbon footprint. In terms of energy consumption, the process takes about 1/8th of the energy needed for traditional cremations as well.

The green market has expanded in many industries and the funeral industry has been very keen at keeping up with market demands. From options such as environmentally friendly coffins to the latest flameless cremation, people have a variety of options to choose from. For many this is a big deal, as it offers the opportunity to make an impact on the world in one last way.